Minimalist and Minimal Art for Sale

Minimalism and minimal art are both characterized by a high level of abstraction and reductionism. Simple forms and an often monochromatic coloring reduce the minimalist or minimal artwork to its basic elements. Above all: minimalism denotes the withdrawal of the artist. Minimalism is still a sought-after aesthetic and expresses itself in many other areas of design and art. Discover our collection of minimalist and minimal artworks, and learn more about where these powerful movements in art!

Features of minimalist and minimal art 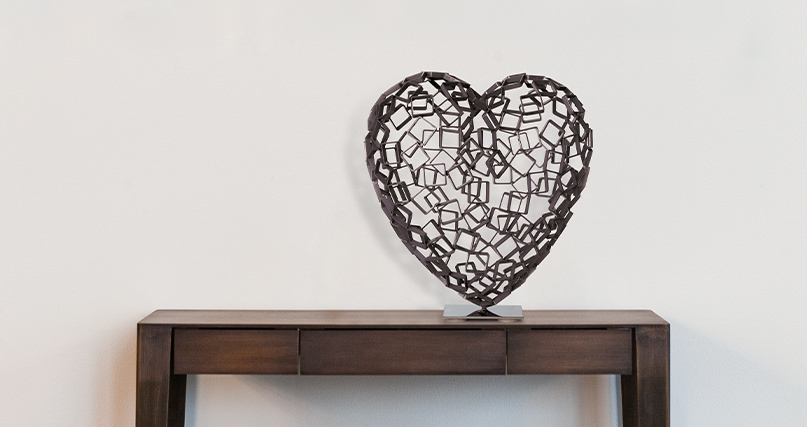 Even in art, minimalism is a catch-all, denoting a historical movement, a collection of design and decor preferences, and an approach towards the use of physical materials. Whether used to refer to home furnishing, or more holistically as a life philosophy of simply living, minimalism promises to simplify and decelerate life. But did you know that the terms Minimalism, and Minimal Art, goes back to a single exhibition in 1966? The curator Kynaston McShine organized the exhibition Primary Structures: Younger American and British Sculptors at the Jewish Musuem in New York. On display were primarily sculptures that stood out for their reduced formal language. But already in the 1950s Frank Stella created paintings with his famous series of Black Paintings. The participating artists did not describe themselves as minimalists. This attribution goes back to the art criticism of the time. The outstanding features that united the works were: 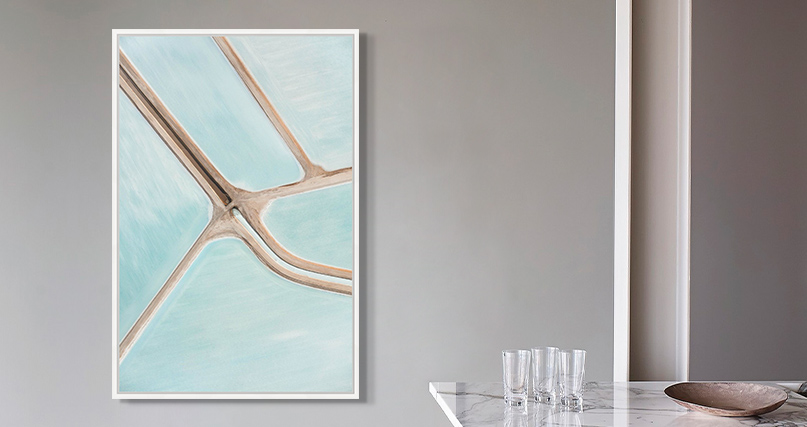 Minimal Art understood itself as a counter-movement to the highly emotional abstract expressionism, and to the socially critical Pop Art. From an aesthetic point of view, minimal art shares much with abstract art. The tendency of the latter away from discernable forms and towards simplicity of representation (even if not immediately evident to the observer) is a featured shared by both minimal and abstract art, both as general tendencies and historical movements. Expressionism is defined by its expressing of emotional states. By contrast, this impulse is competely evacuated from minimal art. It is an art for the naive and the untutored: previous knowledge is not necessary to contemplate or understand Minimal Art. This undogmatic understanding of art was revolutionary, and influenced by a central premise of conceptual art: ideas are more important than artistic persona or virtuosity in technique.

In photography, minimalist art has often been characterized by the use of negative space - a technique in the composition of a photographic artwork by which "empty" space, or the marginal space surrounding an object of contemplation, actually comes to the foreground. The object itself is typically cropped out, or downplayed, in order to give prime of place to both the surrounding subject matter and a residual sillhouette. Such a technique is present in a highly stylized way, for example, in the mixed-media drawings of the great fashion designer Christian Lacroix, and in the pop-art inspired portraits of Gazi Sanzoy.

The most famous names of the Primary Structures exhibition were Donald Judd, Carl Andre, Robert Morris, Judy Chicago, Tony Smith, Sol LeWitt, Dan Flavin, and Anne Truitt. Not all of them were exclusively engaged in Minimal Art during their career. Some of these artists would continue to further realize themselves in Conceptual Art, make Performance Art their medium, or make contributions to feminist art.

In Germany, the artist Blinky Palermo is known to many people in connection with minimalist paintings. He used textiles for wall objects, made paintings, and created metal art surfaces, which he then worked on with acrylic paint.

Lygia Clark and Eva Hesse are also two artists who have origins in minimal art, but who have expanded it with an interactive or subjective and processual element. The beginnings of the world-famous sculptor Richard Serra can also be found in minimalism.

The influence of minimal art on many contemporary art movements is enormous. In its shift towards the ideationalization of art, the focus on idea and the contextuality of a work, its radical modernity can be felt.

Many artists in the LUMAS portfolio are srtongly influenced by minimalism, and have created works of art with a strongly reduced emotive output or formal language. While sculpture, funiture, and architectural and decorative design are the classical locations of minimalism, it is equally present in photography, painting, and art prints. In the art-historical sense, the minimalist aesthetic in pictorial art can be understood by way of Suprematist monochrome painting or conceptual photography. Whether you are looking for sculptural objects or a photography, you are guaranteed to find it with us!


Design objects that use simple shapes, geometric patterns and industrial materials fit perfectly into a minimalist environment. Oscar Zieta's organic-looking wall objects function both as mirrors and sculptures. Despite their individual shapes, the ultra-light metal objects are made with the latest innovative technology.


Embodied in black-and-white landscape, the minimalist style flourishes. The concentration on a few selected elements radiates calm, and forces the observer to pay attention! Michael Levin knows how to conjure fitting portraits of the Japanese landscape out a few sparse elements, and does without any decorative accessories. In his works, black and white are a vehicle through which an element of Zen radiates.


The natural elements such as water, earth and air are also shown to their best advantage in a puristic, almost abstract way. A single imposing wave crest, a salt field from above or tree trunks against the light, the elaboration of individual, consciously chosen elements makes nature art all the more intense and impressive. Tom Hegen captures this fascination impressively in his abstract aerial photographs. Discover the minimalist beauty of nature!

Monochrome painting, tone-in-tone painting, or color field painting have one thing in common: they use very few colors and the colors they do use mostly derive from the same color family. East Asian ink painting from the 6th century onwards is an early form of monochrome painting. In the first half of the 20th century, Kazimir Malevich and Yves Klein took this form of design to an extreme: a black square or a bright blue dominates the whole artwork. Which color appeals to you? Explore art by color, and find a monochromatic blue, red, or black-based work of art for your home wall decor! Less is more!