LUMAS uses cookies to improve your experience on our website. If you continue, we assume that you consent to receive all cookies on all LUMAS websites. Read More
More works by Wolfgang Uhlig
Ocean
Time
XXL - By the sea
Vision
Lenticular
By the sea
Black and White
Minis 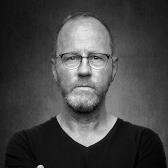 ABOUT THE WORK Ocean Peacefully, the water extends as far as the eye can see. And though we conjure up the sound of the waves, we perceive an indefinite, invigorating stillness. Rarely does the sea seem so bare and so majestic at once as it does in Wolfgang Uhlig’s work. Uhlig sets himself apart with his reduced visual language,… Read more

Peacefully, the water extends as far as the eye can see. And though we conjure up the sound of the waves, we perceive an indefinite, invigorating stillness. Rarely does the sea seem so bare and so majestic at once as it does in Wolfgang Uhlig’s work.
Uhlig sets himself apart with his reduced visual language, and his work conveys absolute tranquility and beauty. There is nothing that could disrupt the idyllic scenery – no people, no civilization, not even any ships. The artist also purposely keeps the beach completely out of frame, allowing the viewer to become completely engulfed. Uhlig’s depictions of the shimmering water seem to reveal the ocean’s various moods, its states of mind spanning the entire spectrum of human emotion. Viewers’ own memories seem to become visible in the depths

Calm and still appears the sea in Wolfang Uhlig's first black and white series. Uhling, an innovative master of marine photography, always finds new ways to reinterpret and depict his motif. Waves break upon the rocks of the coast with an incomparable tranquility. The sky soars above and beyond the water, reaching into the distance, giving the scene a spatial depth that lures the viewer into a dream. The Portuguese Algarve have a timeless elegance when depicted in classic black-and-white photographs with beautifully highlighted white margins. Uhlig's series inspire and captivate collectors all over the world with their emotional visual language. The Frankfurt-based photographer uses long exposures to create a painterly effect in his maritime landscapes.

The vastness of the sea is explored in Wolfgang Uhlig’s Vision series. The photographs are full of emotions and ideas that guide your gaze and thoughts into the distance like a swift wave. In his works the skilled photographer emulates the seductive call of the sea and gives the viewer the opportunity to let their imagination unfold. To achieve this effect, he approaches his motif from a special angle – the viewer stands at eye level with the sea. The turbulent waters and the blue sky are shown in precise arrangement. The horizon runs directly through the middle of his works, which offers a contemplative view with sublime order.

The series was inspired by the world-famous adventurer, pilot and writer Antoine de Saint-Exupéry, who understood the vastness of seas and deserts. He once said: "If you want to build a ship, don't drum up men to gather wood, divide the work, and give orders. Instead, teach them to yearn for the vast and endless sea.” Wolfgang Uhlig takes this longing and transforms it into works of art that stimulate the eye and mind of the viewer, every day.

Born in 1962, Wolfgang Uhlig learned his trade as an assistant to various photographers between 1986 and 1990. After studying to be an art teacher at the University in Frankfurt am Main, he stayed in the Hessian city, where he has been a freelance photographer since 1992. Other than that, little is known about the “Master of wanderlust” – his photos speak for themselves.

The Frankfurt-based artist always keeps his focus on the sea, capturing this atmospheric subject at different times of day and in diverse weather conditions. Providing a common structure, the horizon is what ties Uhlig’s Ocean series together, allowing him to present the shifting colours of sky and sea in a formation of clearly defined lines.

At dawn, the sea is bathed in a soft light. Soon thereafter, the sun highlights its powerful colours. With great subtlety, the photographer creates his images of the sea in the most diverse shades of blue. Through his atmospheric approach, the artist captivates the viewer, evoking memories of the classical landscape paintings of William Turner or Caspar David Friedrich. Uhlig’s insightful works are links to art history that stand out through their sheer precision.
Bio
Exhibitions
Interview
Picasso once said, "You don't make art, you find it." Where do you find your art?

I watch and wait for the right moment. The harmony of the elements is very important to me as well as a pure and authentic representation. Everyone should find their own perspective of the ocean.

“All the Light We Cannot See” by Anthony Doerr.

Helmut Newton is a photographer I would have wanted to have coffee with. His approach and the objective of his art would certainly be topics of conversation.

By playing around while looking for scenes. I look at a situation and try to imagine it "out of focus". The subsequent interlocking of objects results in a progression of colors and contrasts. Since 1986/87 I have been able to produce great results with this technique, which I still practice today. That's how I came to art.

Always to the ocean... no matter the era.

I am currently working on a new concept in my future home Portugal. Capturing the ocean and it's variability, because images are our visual stimuli. Every ocean is unique, it's all about diversity.