LUMAS uses cookies to improve your experience on our website. If you continue, we assume that you consent to receive all cookies on all LUMAS websites. Read More
More works by Stefanie Schneider
Stranger than Paradise
The Girl behind the White Picket Fence
29 Palms CA
Heavenly Falls
Artist's book
Minis

A Vision you can't capture 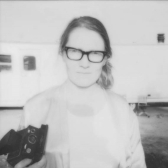 ABOUT THE WORK 29 Palms, CA A trailer park in the Southern California desert. Shimmering sunlight, brightly coloured wigs, and striking props. The very sight of “The Muse” or “A Vision you can’t capture” brings entire movies to mind. It is not just the appearance of the photographs that links them to the screen, however;… Read more

A trailer park in the Southern California desert. Shimmering sunlight, brightly coloured wigs, and striking props. The very sight of “The Muse” or “A Vision you can’t capture” brings entire movies to mind. It is not just the appearance of the photographs that links them to the screen, however; Stefanie Schneider financed a short film through the sale of her “29 Palms, CA” Polaroids, and she integrated the images into the film as stills.

The photographs are Schneider’s ode to the American dream: poetic scenes that float between hope, longing, and resignation. The appeal of the images has even drawn in the support of German actor Udo Kier. Schneider explains: “Udo Kier and I knew each other from an earlier project. When we reconnected at a film festival, he was immediately taken by ‘29 Palms’. He was full of ideas. Generally, our shoots are very open. Something unexpected always happens, and this fits perfectly with the concept.”

Stefanie Schneider creates a seductive utopia. In the glare of the Southern California desert, the artist stages encounters with unlikely characters, telling stories of forgotten dreams with urgency, passion, and cinematic drama.

Her works follow a mysterious narrative, yet cling repeatedly to the same themes: love, longing, and ambivalence towards the American dream. Schneider masterfully presents her surreal sequences using soft contours and an implausible colour scheme. She puts us under her spell, pulling us to a place somewhere between fantasy and delirium.

Stefanie Schneider creates thrilling tension in her images, telling the story of a never-ending road movie and of unlimited freedom, whether it is through a single work such as “Palm Tree Restaurant”, or through a triptych such as “Gasoline”. The individual shots do not follow a set timeline – they can be interpreted in any order. Each image distils the emotions of the moment, offering a new facet, a new nuance, to the narrative.

Schneider presents palm trees in eccentric colours and arranges her subjects beneath a blue sky or before a seemingly endless expanse. The vertical colour gradients are another fascinating part of these works.

Stefanie Schneider recently worked with the well-known director, Mark Foster, on the film “The Girl behind the White Picket Fence”. For this project, the photographer combined over 4,000 Polaroids with scenes shot on Super-8. Together with the LUMAS Editions Gallery, Schneider combed through her archives to create a series of the same name and present these new, atmospheric works.

As is common in Schneider’s work, quirky characters appear in the Southern California wilderness. Complete with detailed, eye-catching costumes, the models strike poses for Schneider’s Polaroid camera. The internationally recognized artist has explained her choice of setting in an interview: “What I really love about the desert is the desolation, the sense of hope for something that might or might not come. It’s easy to see our dreams projected in the desert.”

The triptych “Primary Colors” demonstrates the close relationship the artist has to her chosen home, America. The US flag is an easy to read symbol encompassing the history and self-image of an entire nation. Viewers instantly create their own associations, possibly thinking of the painted flags by Jasper Johns, one of the Pop Art trailblazers on the 1950s. Stefanie Schneider, however, captures her version of the American flag in Polaroid photographs with bright, almost surreal color. In this way, the piece may be reminiscent of the fabled American Dream, but its faded streaks of color pose questions. As in her other series, Schneider takes on the dreams, hopes, and unrealities of American culture.

In 2006 she may have been known as a shooting star, but today Schneider is without doubt a well-established name in the international art scene. After completing a degree in photography at the Folkwang University of the Arts in Essen, she moved to Los Angeles. Since then, Schneider has shot her dream-like Polaroids just a few hours’ drive from her hometown. For “29 Palms”, that meant a shimmering oasis in Joshua Tree National Park.

“I am a perfectionist, but I am perfecting chance.”

In 1996, Stefanie Schneider bought three boxes of old Polaroid film on Sunset Boulevard in Los Angeles. Since then, her works have been easy to recognise, not only because of the typical, square format of a Polaroid, but also due to their surreal colours. This “look” of a Schneider work remains impossible to define, because the behaviour of the chemicals during development is so unpredictable. And yet, while the works retain an element of spontaneity, the content and composition of these fantastical images is anything but random: Schneider plans the costumes and settings down to the finest detail.

Stefanie Schneider defies common conventions when creating her works. Rather than handling the exposed Polaroids with white gloves, she throws them into the sand, changing their surfaces. Finally, she takes analogue photographs of the Polaroids in her lab.