Thank you for your message!

Your message has been sent successfully. The nearest LUMAS gallery will soon be in touch.

Oranges are not the only Fruit 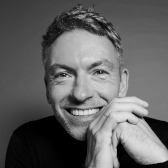 ABOUT THE WORK Flowerheads Olaf Hajek is a magician with colours, a virtuoso illustrator and a storyteller. His Flowerheads are brimming with details just waiting to be discovered. Using rich colours, he creates enchanting worlds atop women’s heads. These mystical “hairstyles” spark the imagination. The Flowerheads series… Read more

Lost Flamingos and Some Acquaintances

Olaf Hajek is a magician with colours, a virtuoso illustrator and a storyteller. His Flowerheads are brimming with details just waiting to be discovered. Using rich colours, he creates enchanting worlds atop women’s heads. These mystical “hairstyles” spark the imagination.

The Flowerheads series combines the art of portrait and still-life painting to make something that has never been seen before. Hajek gives us a glimpse into the way other cultures think, and while the individual components are very familiar, their unique arrangement makes them feel foreign. In Hajek’s surreal compositions, narratives grow and secrets bloom.

With his almost surreal approach, Olaf Hajek brings the world of fables and floral splendour back into our consciousness. The illustrator with a predilection for flowers draws from a rich treasure trove of experience, which he continues to expand through his many travels.

In his work, you just as likely to discover references to the floral art of the 18th century as to the folksy palette of Russian lacquer painting. Or perhaps you will find a delicate hand resembling that of an Indian temple dancer holding a bouquet of flowers reminiscent of a Dutch genre painting… Olaf Hajek plays with stylistic and illustrative elements from different eras and cultural origins, using the well-known in a contemporary and ingenious way.

The New York Times, The Guardian, Forbes, Rolling Stone, Süddeutsche Magazin, and Stern are just a few of the publications whose pages have been graced with Olaf Hajek’s work. Stylistically, the illustrator has his finger on the detailed and flowery pulse of the times, which has brought him international success. He describes his own style as “the imperfection of beauty”.

Olaf Hajek was born in Rendsburg, Germany in 1965. After he finished his degree in Graphic Design at the University of Applied Sciences in Düsseldorf, Hajek moved to Amsterdam and began to work as a freelance artist. His first assignment came from Dutch Playboy, which was, at the time, a classic magazine known for its illustrations. The rest is a global success story. Olaf Hajek primarily lives and works in Berlin, but travels frequently and is represented by an agency on nearly every continent.

As an illustrator, Olaf Hajek learned to bring words to life with his pictures. However, when this master of fantastical drawing is given full creative reign, it would be entirely superfluous to accompany his pictures with words. Hajek is a storyteller and a global border-crosser. He transcends clichés and prejudices, and samples from diverse cultural pools until he finds access into a new world.

An “image collector”, Olaf Hajek creates extraordinary concepts from everything he discovers: on his travels, in magazines, or on the internet. African traditions, Indian temple art, South American folklore, and pop culture are all expressed in new ways in his pieces. His style is extremely recognisable. Hajek plays with motifs of flora and fauna, with archaic symbols and current themes, working them all into his pieces in great detail and splendid colour. Above all else, he is a technically perfect illustrator; he creates new visual patterns, scenes, and creative portraits and characters that enchant all those who behold them.