In July 2018, Olaf Hajek's Oranges are not the only Fruit appeared on the cover of the F.A.Z. magazine. Thanks to a collaboration between LUMAS and Frankfurter Allgemeine Magazin, a Special Edition of this piece is now available for purchase. Experience a captivating medley of illustrated components and discover surreal and enigmatic compositions. Do not miss your opportunity to own this hand-signed and limited Special Edition.


Olaf Hajek combines the art of portrait painting and still life into something entirely new. Drawing inspiration from his travels around the world, his pictures reveal a glimpse into diverse cultural mindscapes. While the individual elements in his compositions are entirely familiar, the unique way Hajek puts them together defamiliarizes them. He plays with eras and cultural fields in a contemporary manner. Hajek often paints over the details, creating new textures and structures in the image. Every one of his pieces is incredibly recognizable.

German artist Olaf Hajek is among the most famous illustrators in the world. Born in 1965, Hajek studied graphic design in Düsseldorf and now splits his time between Berlin and Cape Town. 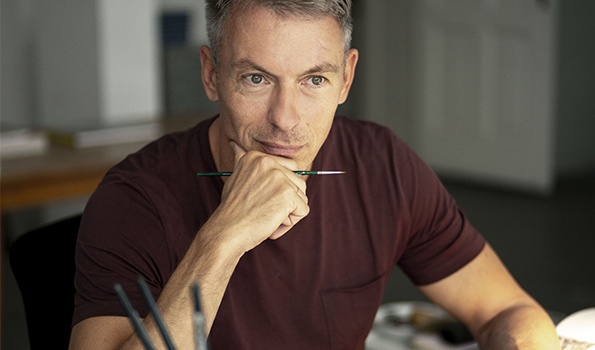 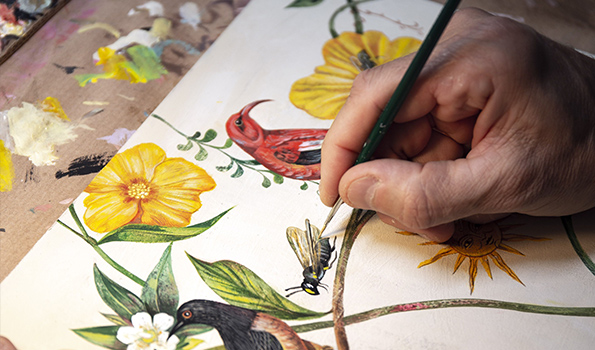 
About the F.A.Z. Kluge Köpfe Campaign

The F.A.Z. advertising campaign There is always a clever mind behind it has continuously reinvented itself for over 20 years. Now, LUMAS is publishing five of the award-winning photographs. Hand-signed and in print runs of 100, these professional framed pieces are available starting at just $299. 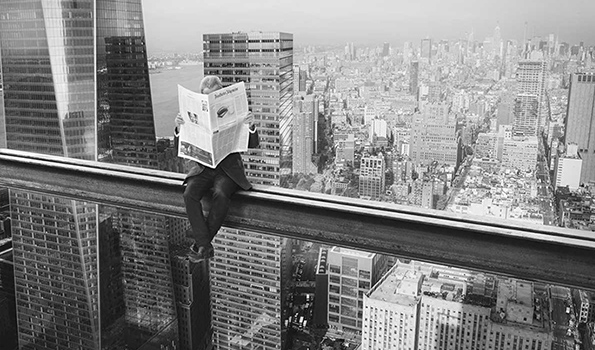 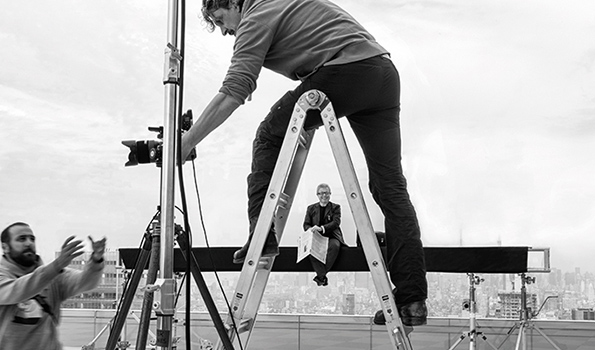 The making of Hans Starck's FAZ Edition with Daniel Libeskind

No German advertising campaign has won more national and international awards. Since 1957, the publishing company has used a line drawing of a “Clever Mind” in its seal. In 1995, they breathed new life into the concept. From Lang Lang to Hans-Dietrich Genscher to Sir Simon Rattle to Joachim Gauck to Vitali Klitschko to Lisa Simpson, over 90 renowned personalities have shown themselves to be F.A.Z. readers from behind an open newspaper. The stories behind the individual pictures are always extremely fascinating, whether the subject is a political, cultural, or societal figure.

Matthias Spaetgens, who co-founded the campaign, talks about the tremendous and often spectacular lengths the photographers went through to get these shots. „For the picture with Daniel Libeskind, a large team with equipment had to get on top of Tower Four of the new World Trade Center. In the year 2015, that was only possible because Libeskind had the right connections to arrange for permission.“