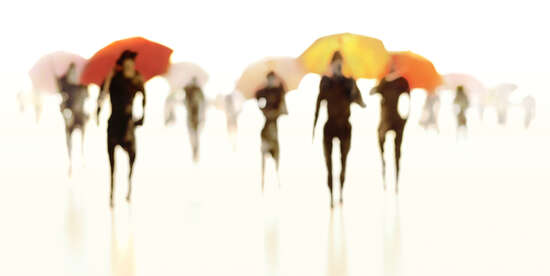 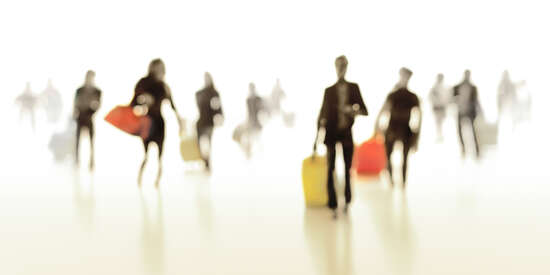 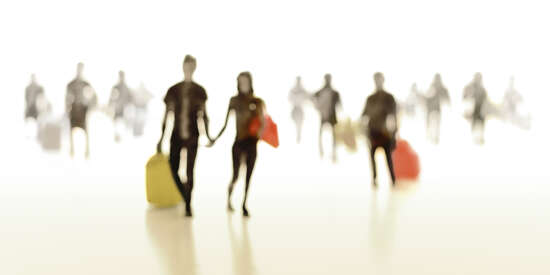 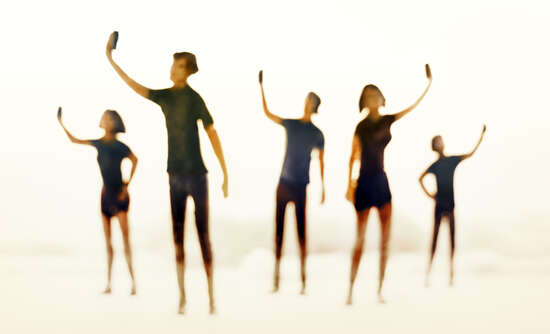 LIVING SCULPTURE Joerg Maxzin has achieved recourse to Romanticism. The path there leads from digital photography to sculpture. Sculptor Maxzin creates plastic figures, arranges them in a space, and reproduces them with in a conscious blur. He is fascinated by people in their “different aggregate states.” Simple, colorful attributes… Read more 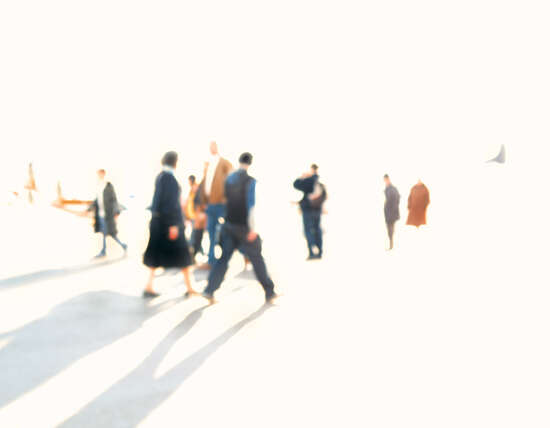 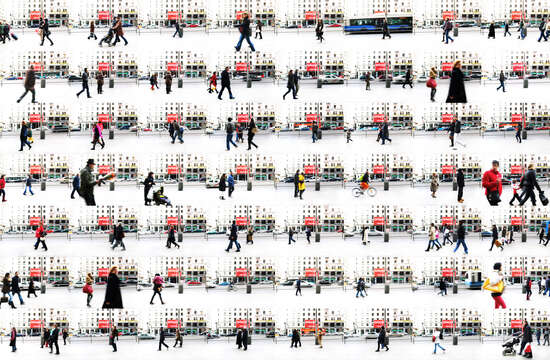 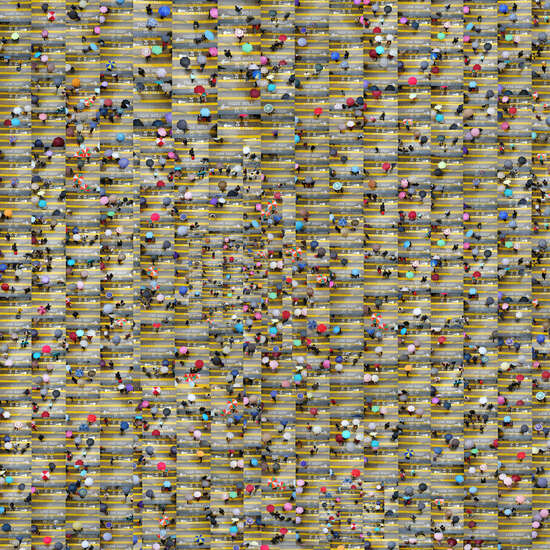 Joerg Maxzin has achieved recourse to Romanticism. The path there leads from digital photography to sculpture. Sculptor Maxzin creates plastic figures, arranges them in a space, and reproduces them with in a conscious blur. He is fascinated by people in their “different aggregate states.” Simple, colorful attributes such as molded umbrellas and Chinese lanterns lend the figures a foothold in space. Maxzin abides by the modern artistic strategy of generating an event or artistic object – with the aim only to generate a picture – and then discarding it.

The only human figures in the image seem as though thrown about, in open-ended contexts in which, as Jean Paul Sartre wrote, one “exists, encounters himself, surges up in the world – and defines himself afterwards.” The figures are not purely schemata; they display enough pose and detail to invite us to reflect upon them. They call on us to go a ways with them, to sit with them, to strike up a conversation with them.

Maxzin’s clear image spaces are hopeful non-places that seem to be incongruous with the estrangement of a hard-edged and technological future. Here we find the longing for a harmonious, complete expression; here the soul can breathe.


THE SECRET LIFE OF SACRAL SHADOWS

Joerg Maxzin’s (*1965) training as a wood sculptor before his studies at the Munich Art Academy can absolutely be felt in his photographs. Earth-tone shadows, brought to life in his photographs, develop an almost bodily presence, the border between shadows and people often indefinable in his dense works. As if they were one, cause and effect melt, the rules of physics are overridden.

People turn into patterns, patterns into bodies and bodies into linear entities. Everything flows, floats and swings in a meditative elegance that is assigned another level of meaning through their titles. They are examples of “Erwachen (Awakening)” or “Rückkehr (Return)”, “Bindung (Bonds)” or “Formation” that can also reflect mythology or art history. Thus the “Himmelsboten (Heavenly Messenger)” is joined to the “Hain der Nymphen (The Grove of the Nymphs)”, and “Narziss (Narcissus)” to a new interpretation of Duchamp’s famous “Nude Descending the Stairs.”  Joerg Maxzin makes clear in his unmistakable signature style that he will never let his imagination be confined, and that his art makes a lot of room for an inexhaustible abundance of metaphorical and metaphysical perceptions.